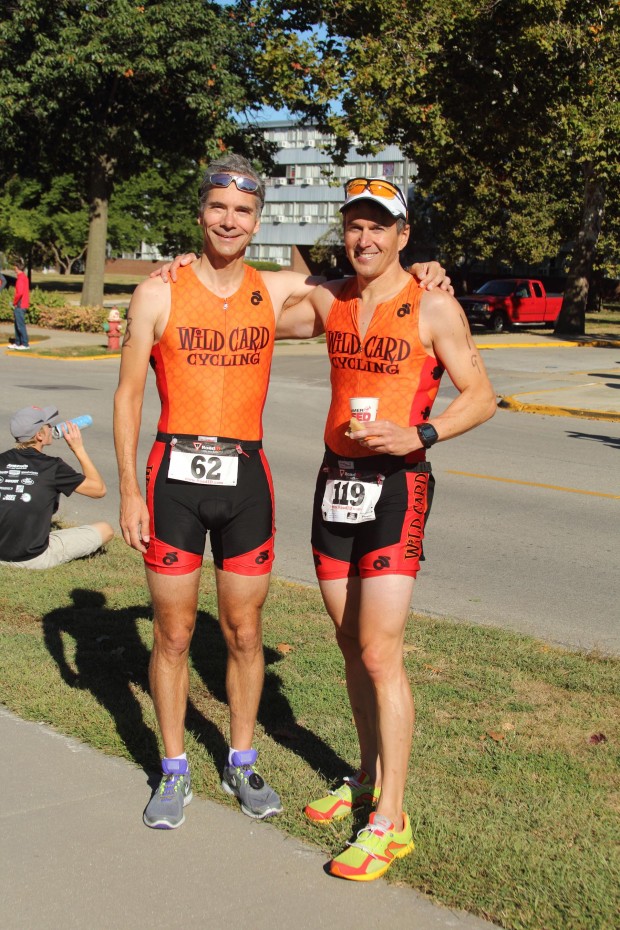 Martin, Ron, and I raced this sprint triathlon on the University campus on September 22. It marked the end of the racing season for Ron and I, while it provided an opportunity for Martin to tune up for the fall Ironman season. The race has grown in popularity in recent years among both collegiate and age group triathletes throughout the Midwest. It is now one of the largest sprint races in downstate Illinois with nearly 500 participants. The weather was nearly perfect for the 300-meter pool swim, the 14.5 mile bike to Yankee Ridge and back, and the 5k run around the quad and south campus. Ron started us off in the time-trial swim, where racers lined up in order of their predicted time, while Martin and I followed with very strong bike and run splits. Despite a few hiccups – Martin fighting through the swim with a dislocated shoulder, Ron making a wrong turn at an unmanned fork in the run course, and me getting lost returning my bike in the second transition – all 3 of us finished 2nd in our respective age groups and punched our qualification cards for the 2014 USAT Age Group National Championships. I also placed 3rd on the overall age-group podium (of 296 competitors) and all of us were competitive with the 150+ collegiate racers, most less than half our ages. Full results at http://itsracetime.com/Results.aspx?ID=673.